Parle vu français? I don’t either, but I still find Montreal very charming.  A multi cultural island, here you can find Italian, Jewish, French, English, and Chinese neighborhoods just to name a few.  There are so many things to see and do, unfortunately we were there for two days only, and took a walking tour in order to learn more history about Montreal.  The weather was pretty warm (in the 90’s) so it wasn’t the best weather for a 3 hour walking , but nevertheless we were able to see many neat places like the Notre-Dame Basilica (last time we were here 8 or 9 yrs ago it was closed for a wedding), City Hall, and some of the charming cobble streets in the Old Montreal.

They remind me so much of Europe, the cobble streets dotted with restaurants, cafes, and creperies.

The food here is delicious as well.  We had foundue and crepes at Chez Suzette ,and we walked 2 miles in 90+ degrees to try this Portugese restaurant called Ma Poule Mouille and it was so worth it(even though it might not look so appetizing in the pictures, we were so hungry I almost forgot to take a picture.)  They specialize in grilled chicken over smoked wood, delicious poutine(fries topped with cheese curds and gravy), and salads.  The chicken is roasted to perfection them cut and topped with a sauce that is made from the chicken drippings and wine. The lines to order are out the door but move pretty quickly.

I found the little balconies with their bistro sets so charming I had to photograh this one.

There is an underground city in Montreal which has shops, offices and restaurants.  Above is one of the art pieces in front of a beautiful marble fountain. A piece of the Berlin Wall resides here as well.

I just love this bronze statue called Les chuchoteuses (English: “The Gossipers”). It was placed in this part of Montreal to beautify this specific neighborhood.

We even made a little friend who liked to sit by the water and dip it’s paws in it.

This site uses Akismet to reduce spam. Learn how your comment data is processed.

The gossipers statue is so lovely. I’ve been in Montreal 9 years ago and I really loved it there. It has so much European vibe. Need to go back at some point! 😄

Yes, it is a great statue! I get the same vibe from Montreal and can’t wait to go back and hopefully stay a bit longer:) Thank you for stopping by❤️

We adore this city! And so much closer to the states to get our Euro fix. We’ve stayed in rentals and lived like the locals a few times. Fabulous. Thanks for the memories!

Thank you for visiting! It’s very European, and yes close to Europe. I wish I lived closer to east coast as well.

I am enjoying your vacation pics – I have been to Maine and loved it even though the traffic was terrible on those two lane roads. Montreal looks like a beautiful city!

LOl, yes traffic is bad, and they are doing a lot of constructions as well. It will be much easier to travel later on when they are all done I’m sure. Thank you for taking a look! Maine is lovely 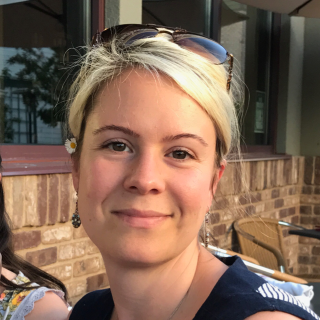